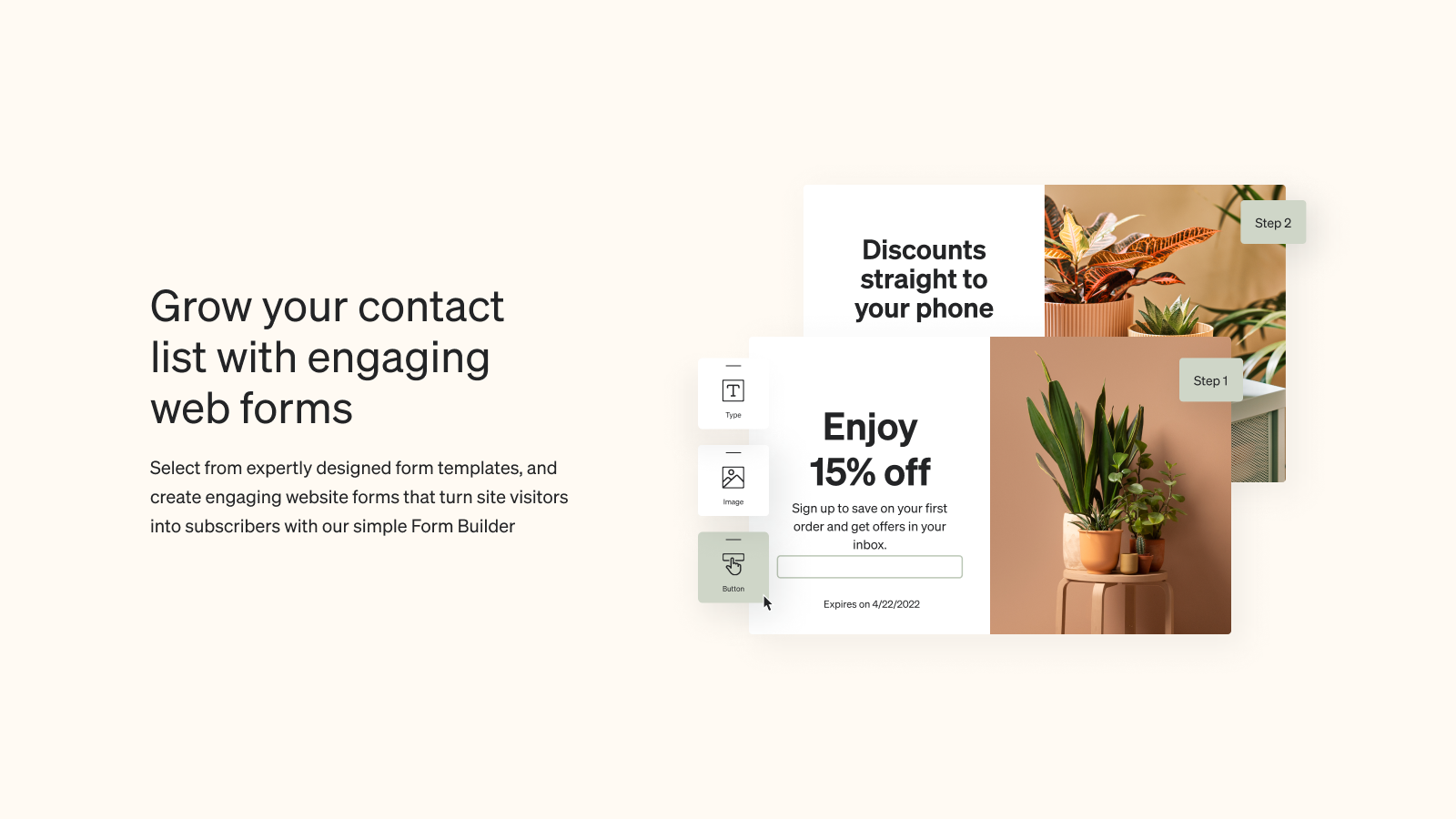 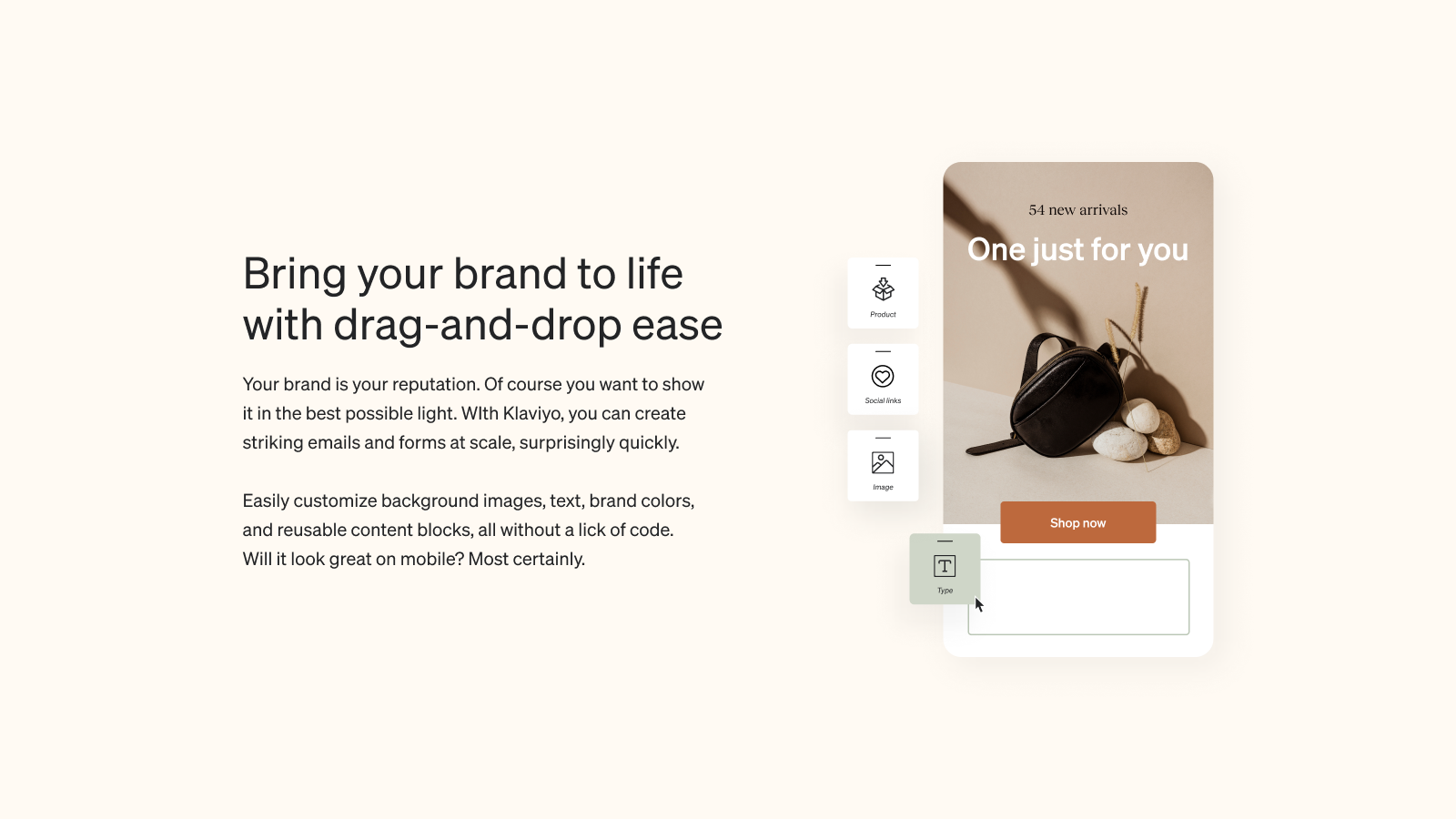 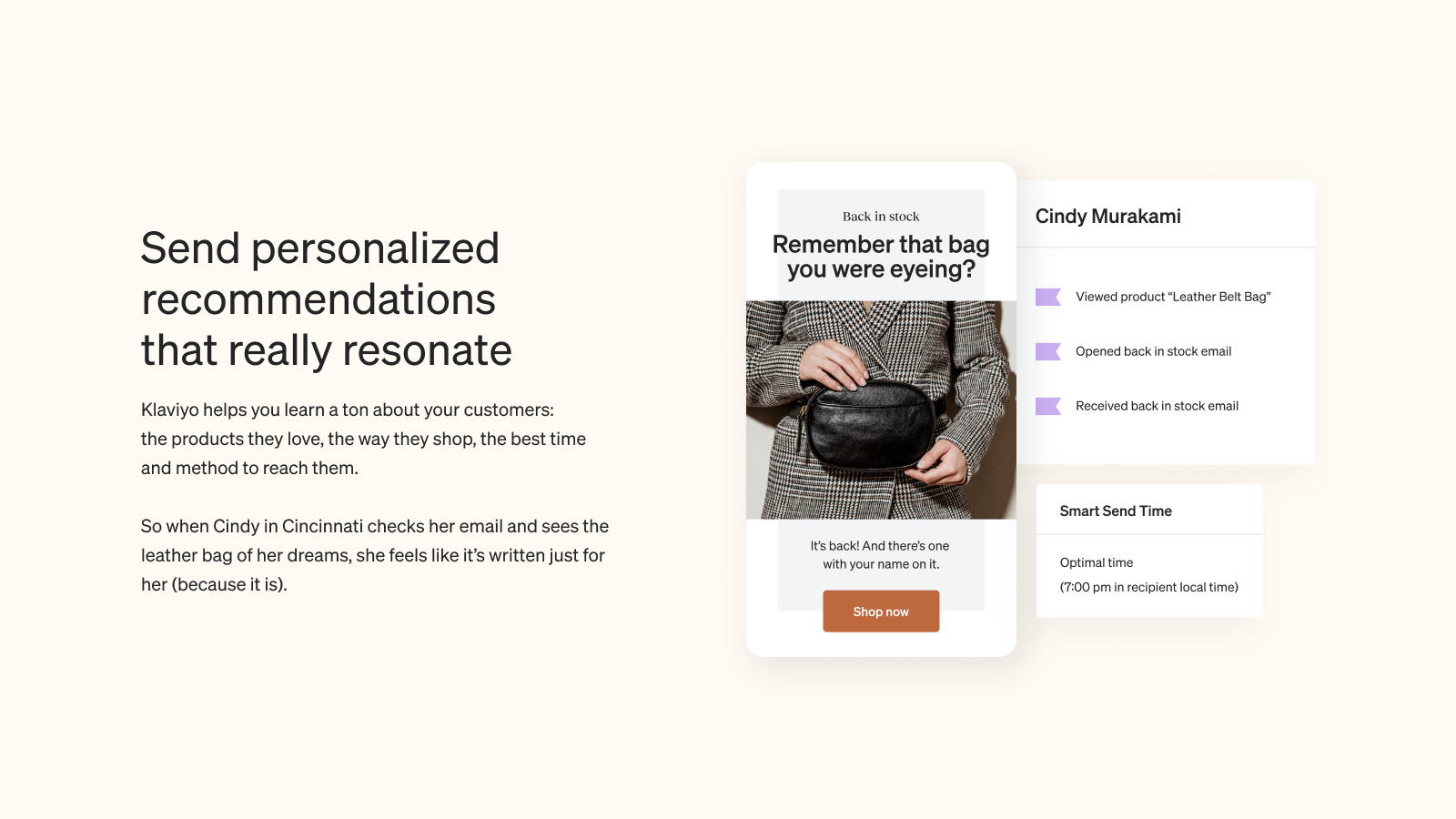 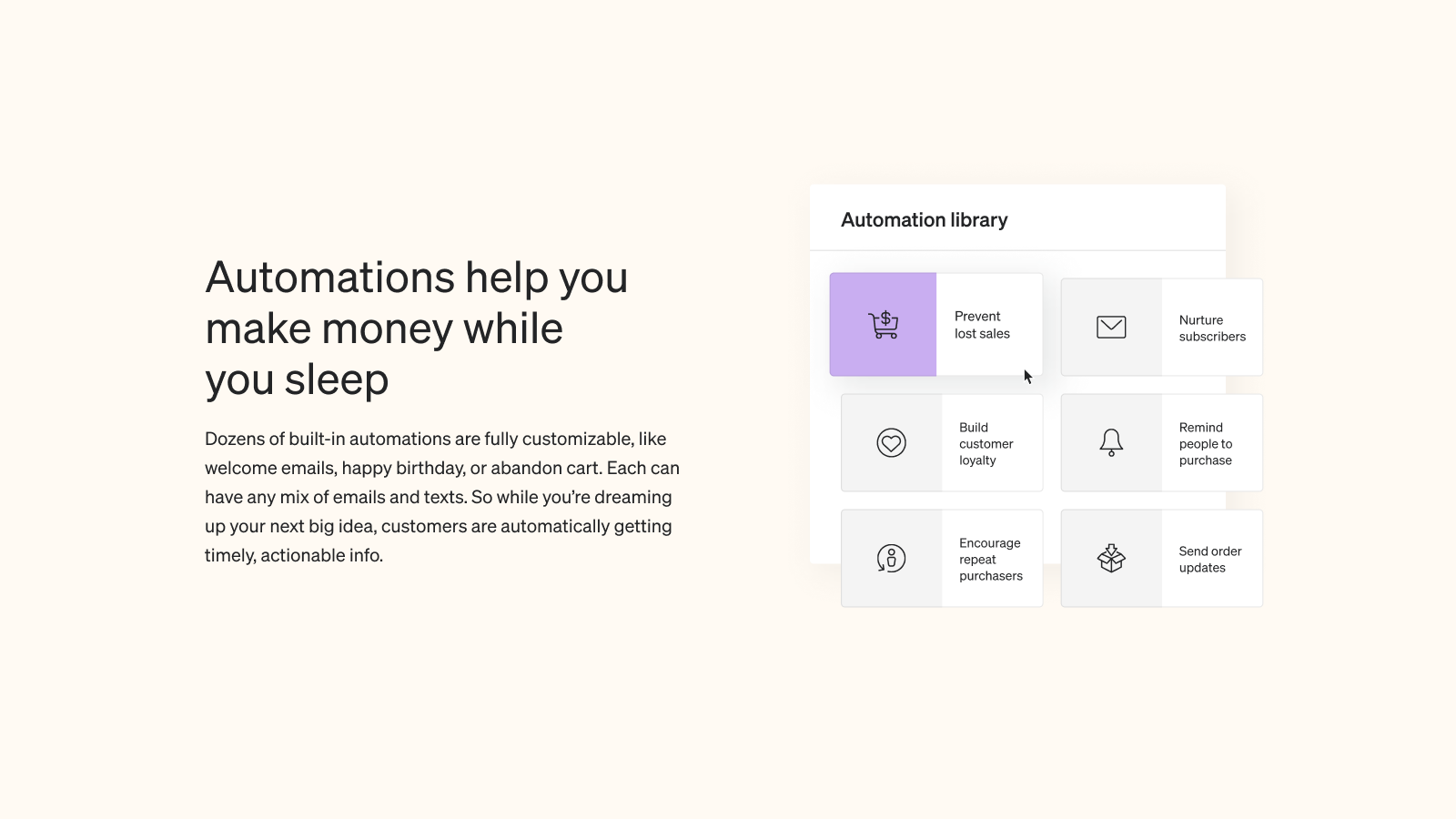 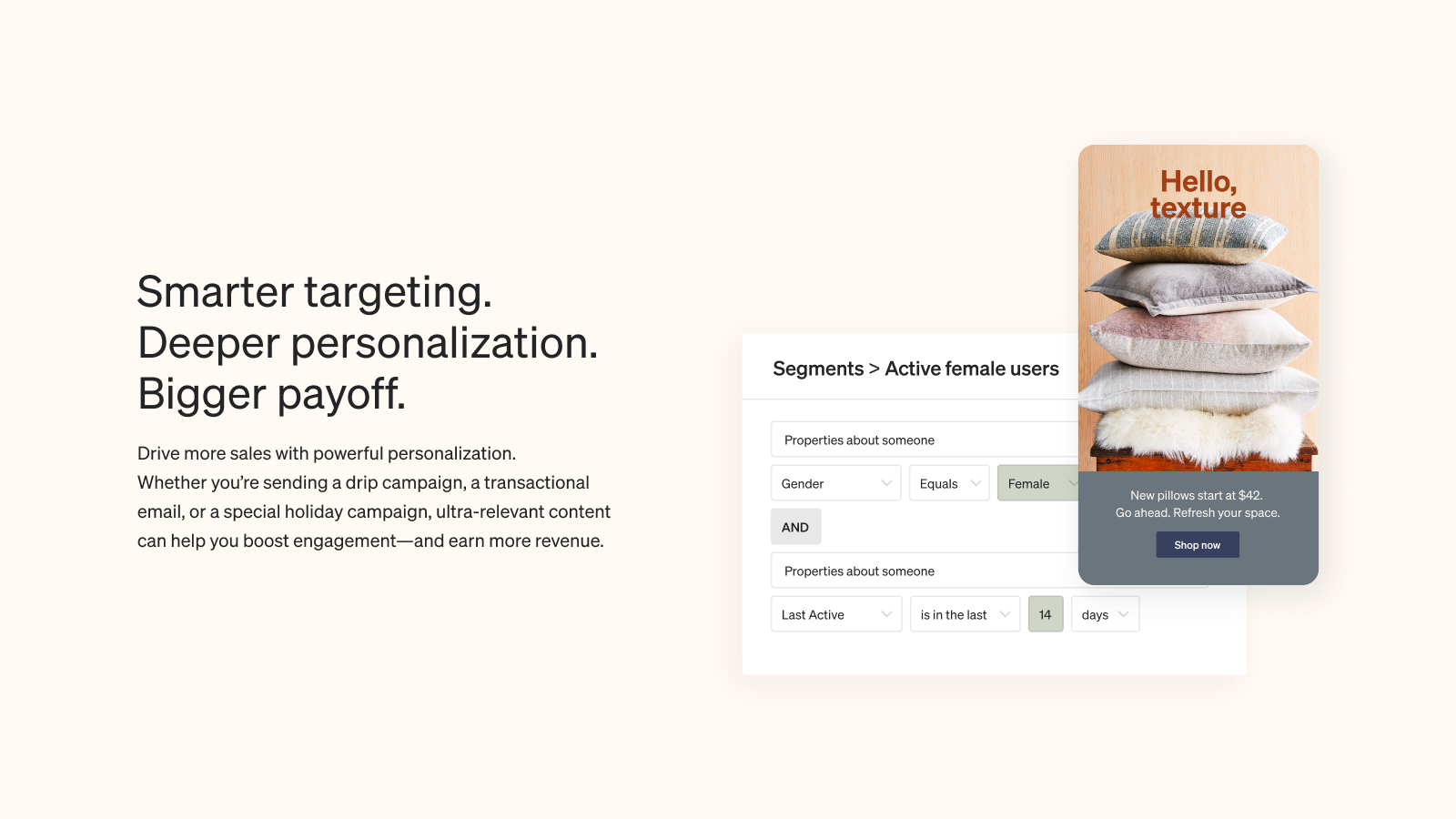 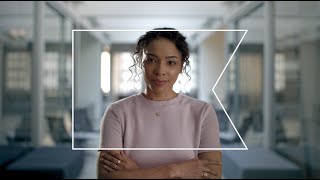 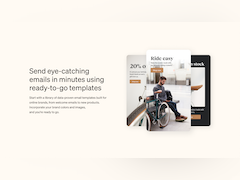 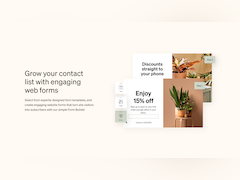 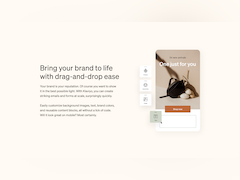 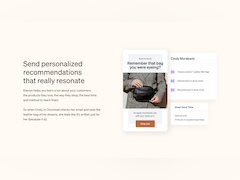 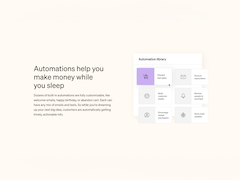 A glowing beacon in a saturated market

Fantastic from beginning to end. I would suggest Klaviyo to anyone.

There are hundreds of email marketing managers, and they all pale in comparison to Klaviyo. Instead of trying to be a jack of all trades, Klaviyo focused on making the best e-commerce marketing platform, PERIOD. The integration with Shopify is an utter game changer, and makes it possible to actually feel in control of your marketing.

When it comes to Klaviyo, there is a bit of a learning curve. They do make sure there are plenty of resources, so if you want to learn you will.

For the focused look into e-commerce and the commitment to make the best e-commerce marketing resource.

Klaviyo is more focused on e-commerce which is my primary focus.
Rachel
Preis-Leistungs-Verhältnis
3
Funktionen
5
Bedienkomfort
5
Kundenbetreuung
3
4
Bewertet am 8.12.2022

Overall Klaviyo is great because we needed something simple and easy to use to get our emails out to our subscribers and customers. It was simple and easy to get started and grow our email list. We used email captures, campaigns, automations, and so much more through Klaviyo and we were able to get them out there without any issues and troubles with using the site.

Klaviyo is great for beginners. The campaigns are super simple and easy to set up, their templates work great. Once you sync your store to your account, it is very easy to roll out automated emails and campaigns to your customers. Flows are easy to put together and get started for automated emails through your site.

If you are a small business that needs to save money where you can, Klaviyo may not be for you. Their prices increase, as the number of customers you have on your email list increases. We were also having issues with the authenticity of our emails affecting our score and Klaviyo support was of no help to us. We ended up having to reach out to a third party to help us with our email score and getting it up so our emails wouldn't go to our customer's spam folder in their inboxes.

In August 2015... I was convinced I needed a better email marketing solution with automation. Klaviyo is/was much more expensive than other basic email services (MailChimp, getResponse, AWeber) but the marketing automation was arguably a great investment with good ROI.

I integrated K with my site (Americommerce) and discovered that the only way to make K to work was via middleware, "CartSync" which cost about $100/month. It was imperfect. Bare minimum metrics. Marginally useful. I accepted the limitations and launched.

Klaviyo support manager's exact words to me were, "Why don't you move to Shopify?" Those words resonated...

10 weeks later when I decided to actually replatform to Shopify, getting Klaviyo support to answer a basic question was a frustrating experience. K support earned a reputation as only slightly better than useless.

Then there was the "integration disconnect" bug -- the connector to my Shopify store was shut off by Klaviyo, without notification -- ah, but there was an email -- sent by a spammy server (non-transactional) that never saw the light of day. We learned that K was sending TRANSACTIONAL EMAILS from a marketing server. And this email was getting flagged as spam by many mail servers.

In the mean time, I was a presenter at am ecommerce conference and when I asked who used Klaviyo, many raised their hand... then I asked, "is anyone satisfied with Klaviyo support?" -- the room's reaction caused the Klaviyo rep in the room to text his management team - and before the end of the session we were told K was hiring 4 new support reps.

SO the consensus was:
Klaviyo usually works great
Klaviyo has lousy support
Klaviyo is relatively expensive as your customer list grows
Klaviyo is very powerful.

But Klaviyo *had* an issue with their email hitting a spam RBL...

When I went to send a preview email for a campaign, it was flagged as spam. When I tried sending Klaviyo subscribe emails from 10 different stores that I knew to use Klaviyo, they all went to SPAM.

I was able to get Klaviyo removed from the offending RBL - but until a call from Klaviyo's director of product at T+30 hours, the silence from Klaviyo was deafening.

I'm still a K customer for today, but I will probably not be a customer in 60 days.

I still think the product is amazing, but no-confidence in deliverability and the history of limited support forced me to seek an alternative.

Deliverability is a concern. Support is slow to respond.

Klaviyo is the best marketing platform!

Awesome! Helped me grow my business.

Klaviyo is a great base to automate customer contact over email, SMS, in-app notifications, and on the internet.

Klaviyo's only downfall is when it came to email deliverability. Emails would bounce when sent from Klaviyo which caused some issues. This is not a major issue though.

It is a clean and elegant platform that I found fairly easy to use.

The cost when converted to AU is up there. 250 email contacts on the free plan is not great.