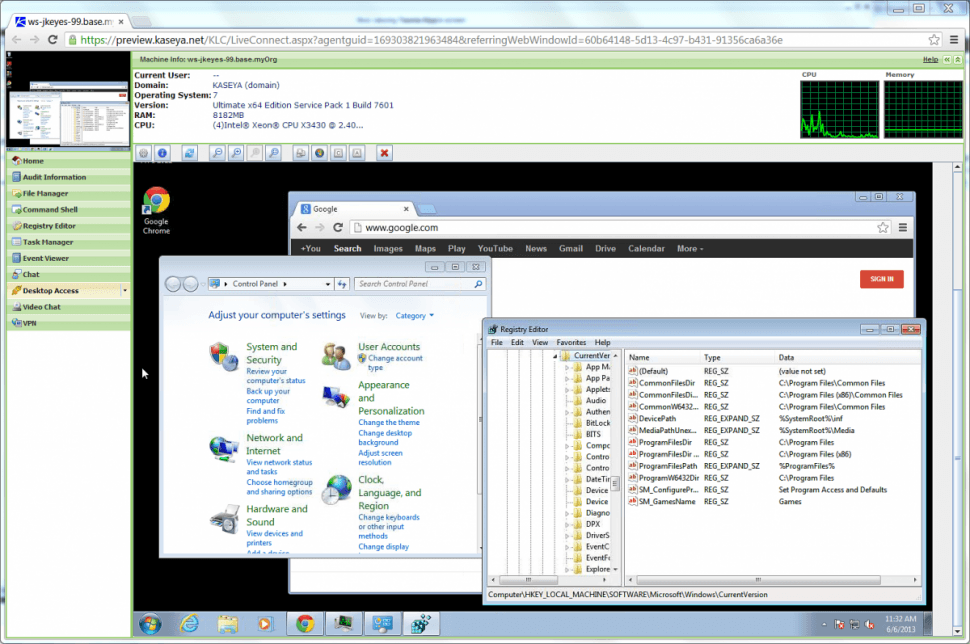 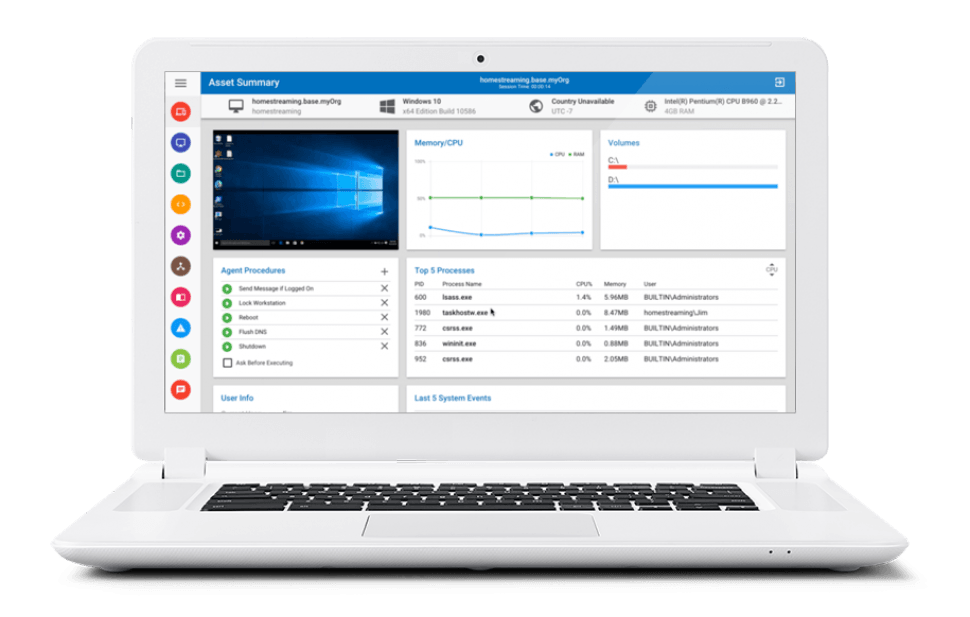 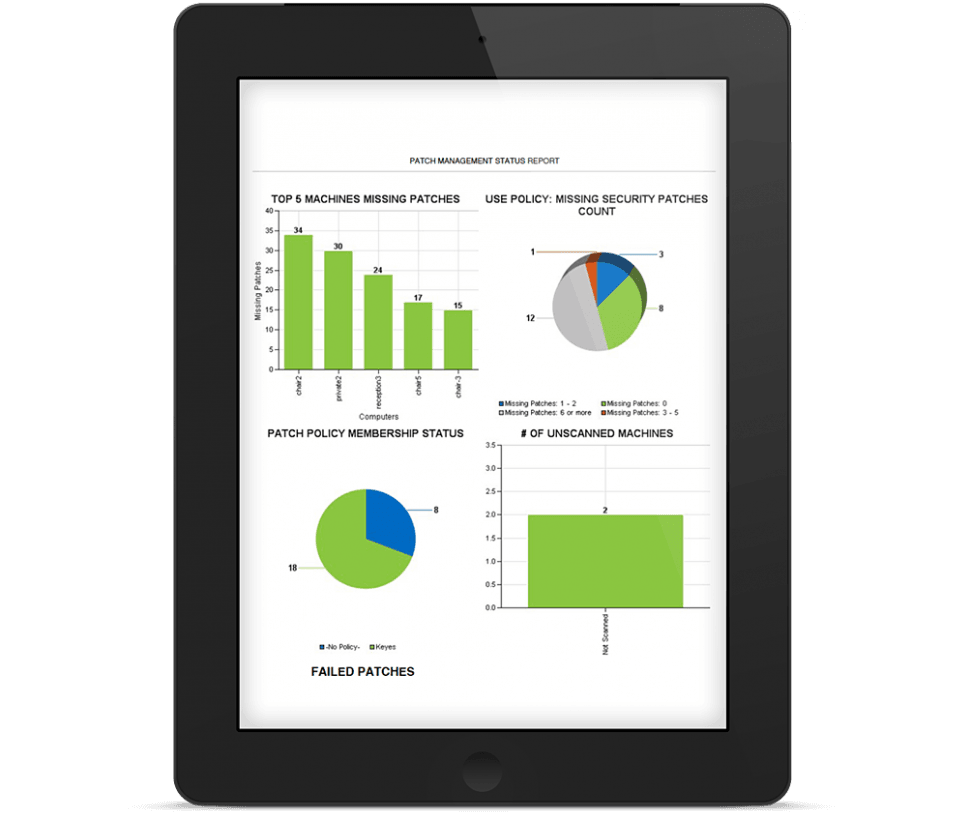 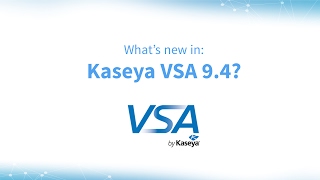 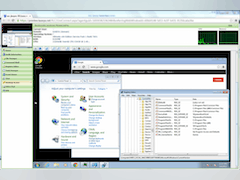 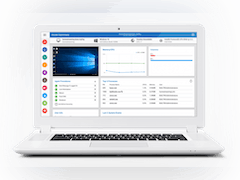 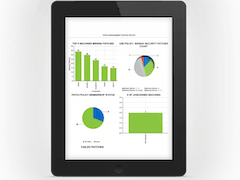 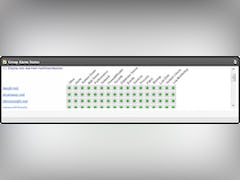 I have been using Kaseya VSA for about 10 years now. It has transformed my business. I travel less and less to clients sites and do most if not all work remotely for them. Their customer support is top notch and they work hard to help you. Their billing department could be improved, but they're working on it. They have Kaseya Connect every year in Las Vegas. I wish they would hold it somewhere other than casinos and strip clubs.

Kaseya is awesome in the automation department. I am able to set scripts in place and have them run in the middle of the night. No more staying up after hours pushing out patches and fixes. I can set the patch management to scan for new updates, then push them out on a schedule that I determine.

The product works great on Windows machines, but updating a Mac can be tricky. I would like to see them move into the Android field more too. There are more and more Android devices coming into the work sphere that having an option to remotely fix androids would be great.

Kaseya is one of the best RMM (Remote Monitoring and Management) tools in the market
we have moved from REACTIVE to PROACTIVE and now we are moving to SERVICES
related to "Service Management Maturity model"
thanks to Kaseya we achieved
1. Analyze trends
2. Set thresholds
3. Predict problems
4. measure applications availability
5. Automate (highly appreciable when you handle hundreds of devices)
6. Mature Problem Configuration, change, asset and performance management
7. Increase Security in multiple layers
8. Manage the entire Windows updates process
9. Remote Control
10. Compliance and audit Reports

unfortunately using kaseya core modules, it is not stronger to manage network devices

We are now able to use all our tools under one umbrella; VSA, BMS and IT Glue seamlessly interact with each other making this a great asset to keeping everything fast and organized.

The automated workflow rules allow for easy ticket management. We are able to manage all devices/endpoints on one app.

Getting from an agent to Live Connect is a big laggy in time to connect.

We paid for the 25 licenses up front and paid for the "on boarding" which they promise 8 hours of training on how to use their software. The Tech that did the on boarding had problems doing anything and said it was bug in the current system and the fix would be out in 3 months he would give us a credit and re-do the onboarding when the problems were fixed. we never heard from him again, we did not use the software as we were never showed how to use it and got next years bill on my cc and called in and spoke to a supervisor who refused to give us any kind of credit and said onboarding hours expire. So we tried using the software ourselves and called support for help. They literally just email you the link to the general help page and say figure it out or you were supposed to learn this in the onboarding (which we never got). So after calling the supervisor and telling him we have a client that is waiting for something we need their help to get it done in their software so we didn't have to manually remove a user & program to the 50+ computers we had added that week or we were leaving Kaseya. The supervisor promised to have support call us and help us with what we needed, would get us the promised credit & would have us re-do our onboarding. Except support never called us and when we called them they said they couldn't do anything but email us links. we have not gotten the credit or a response from the supervisor and the 8 hours of onboarding they promised us & that we paid for we get 2 hours instead.

So if you want support they will just email you a link and say figure it out which is fine sometimes but when you need something right away and don't have time to read 50+ pages.

the software is extremely slow and takes 1-2 minutes to load each page. (we have a 50/50 connection) you can host the software on your own server as they list the hardware requirements of a P1 (yes Pentium 1) 2.4ghz 166 fsb 4 gb of ram and 10gb of hard drive space. with requirements that low you would think their software would run fast.

the licenses are expensive over $6.50 a month per computer considering they have no templates, no support, no best practices guides, nothing but instructions on how to setup massive amounts of worthless features but very little actual useful features.

their initial sales pitch was good and convinced us to buy it.

Kaseya just scaled up on my number of end points without any issue over the years. It is stable and I hardly face any issue with the agent stability as I have bad experience other RMM that keep needing reinstallation of agent and etc. Kaseya also offers a huge range of solutions ranging from DRaaS, Network Monitoring, Ticketing and security to choose from that integrates nicely inside the RMM.

Nothing much except the price is a bit steep but I guess you have to pay for solid software.