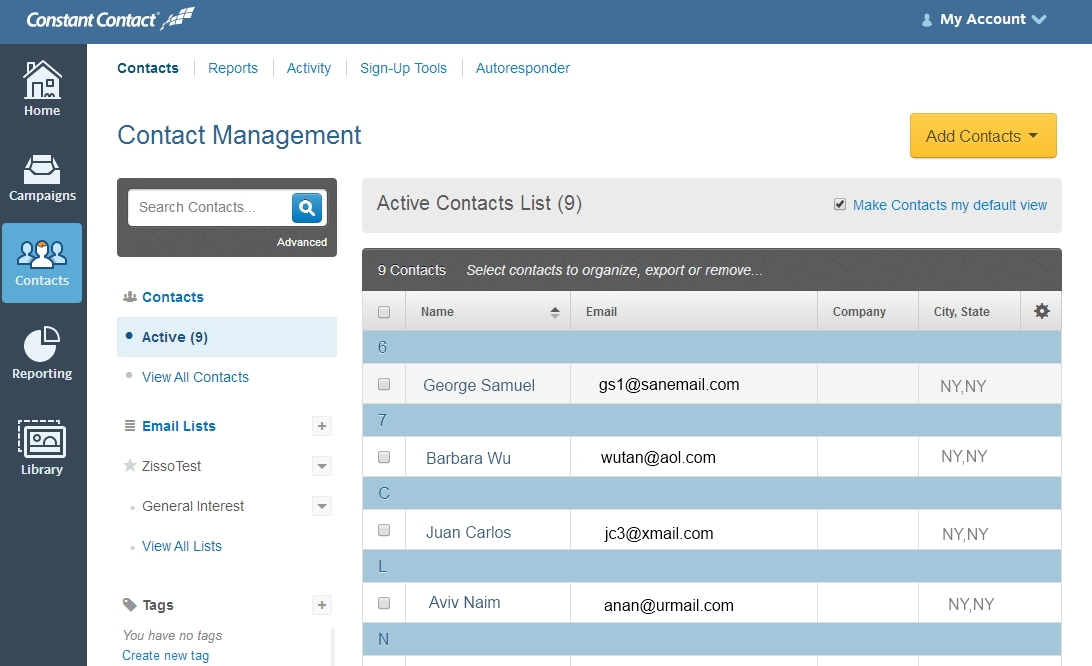 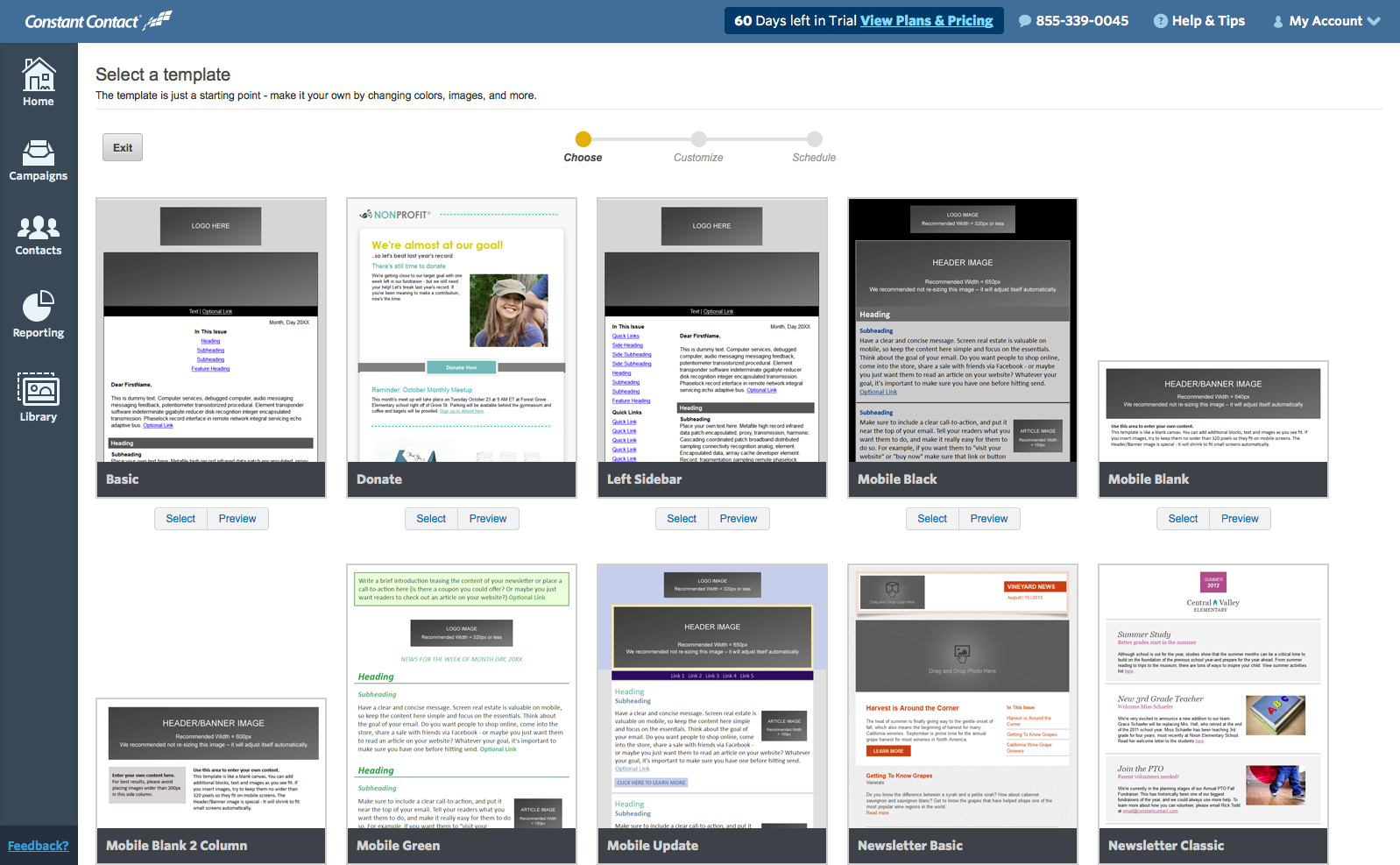 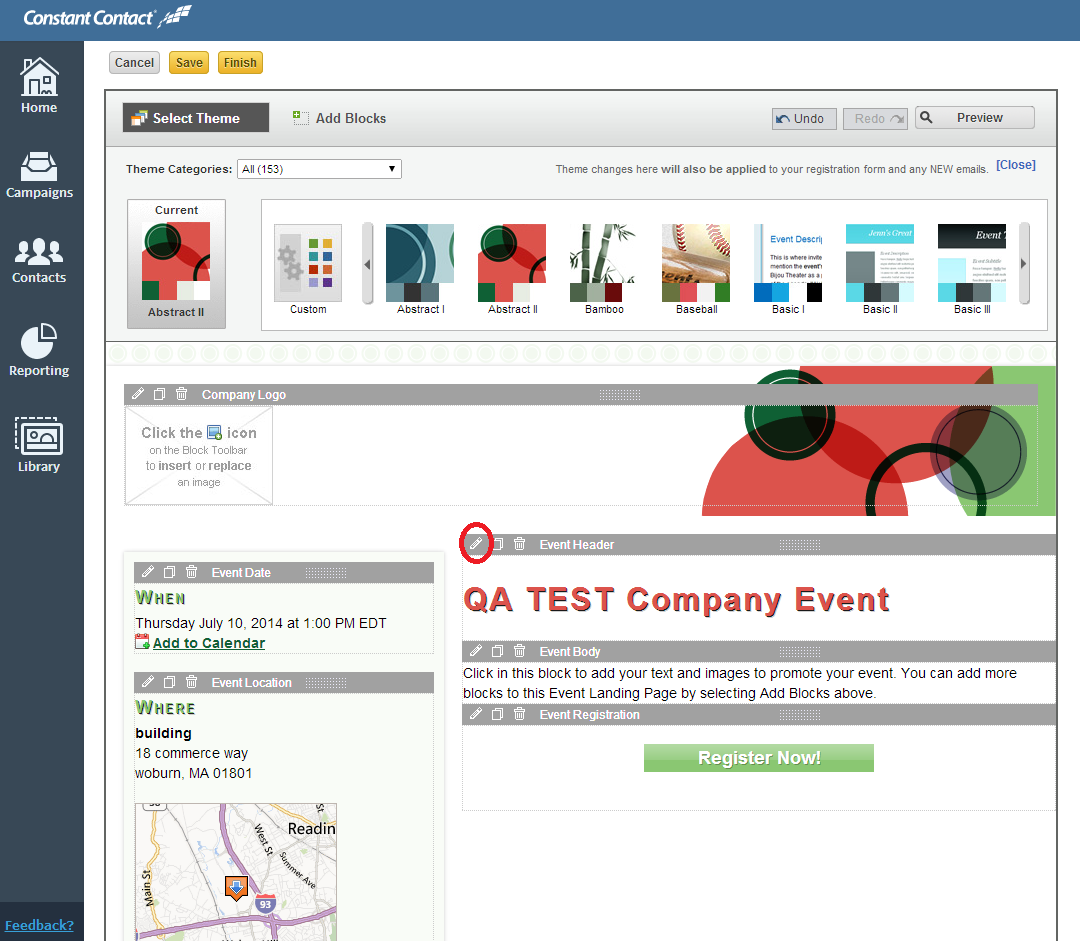 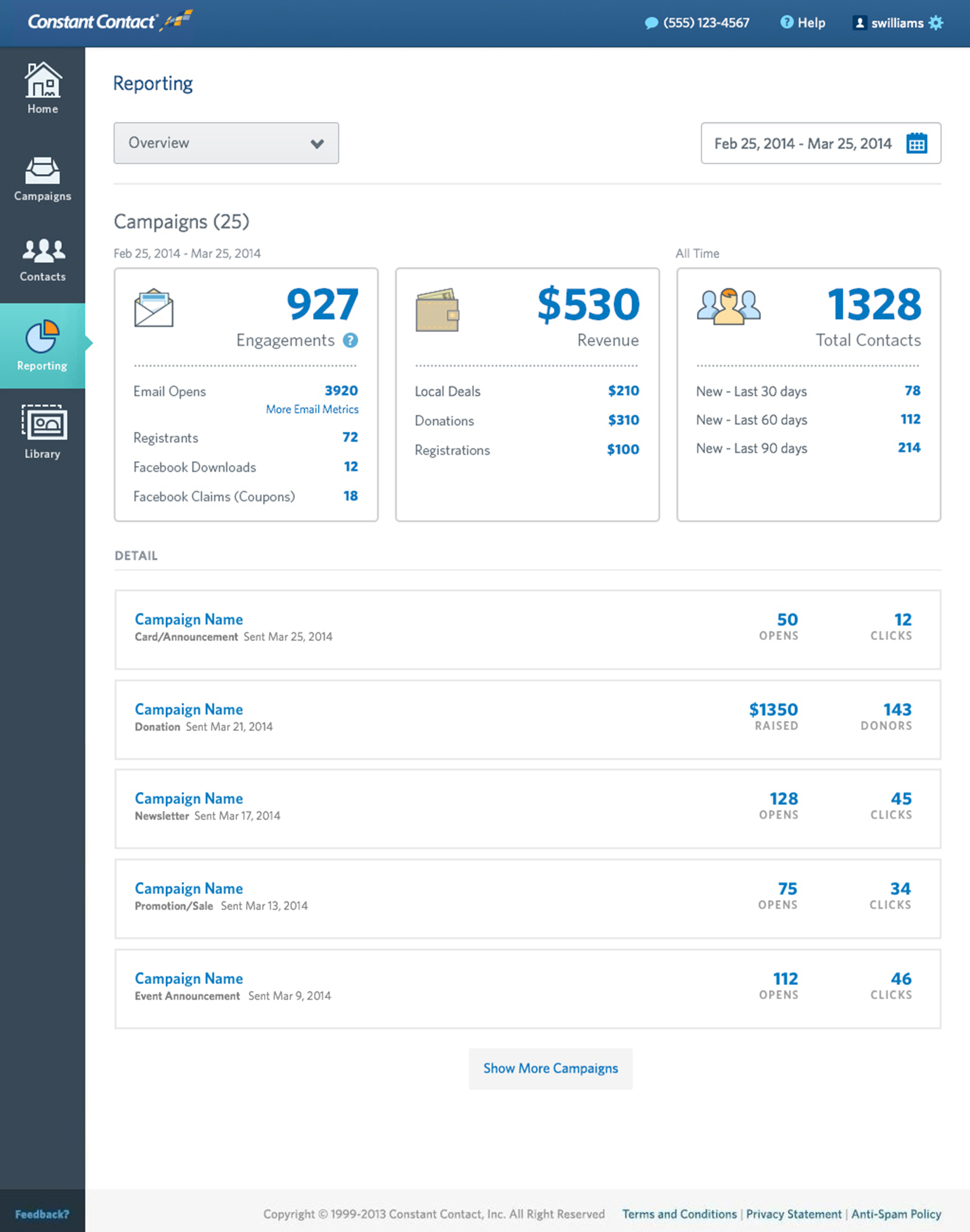 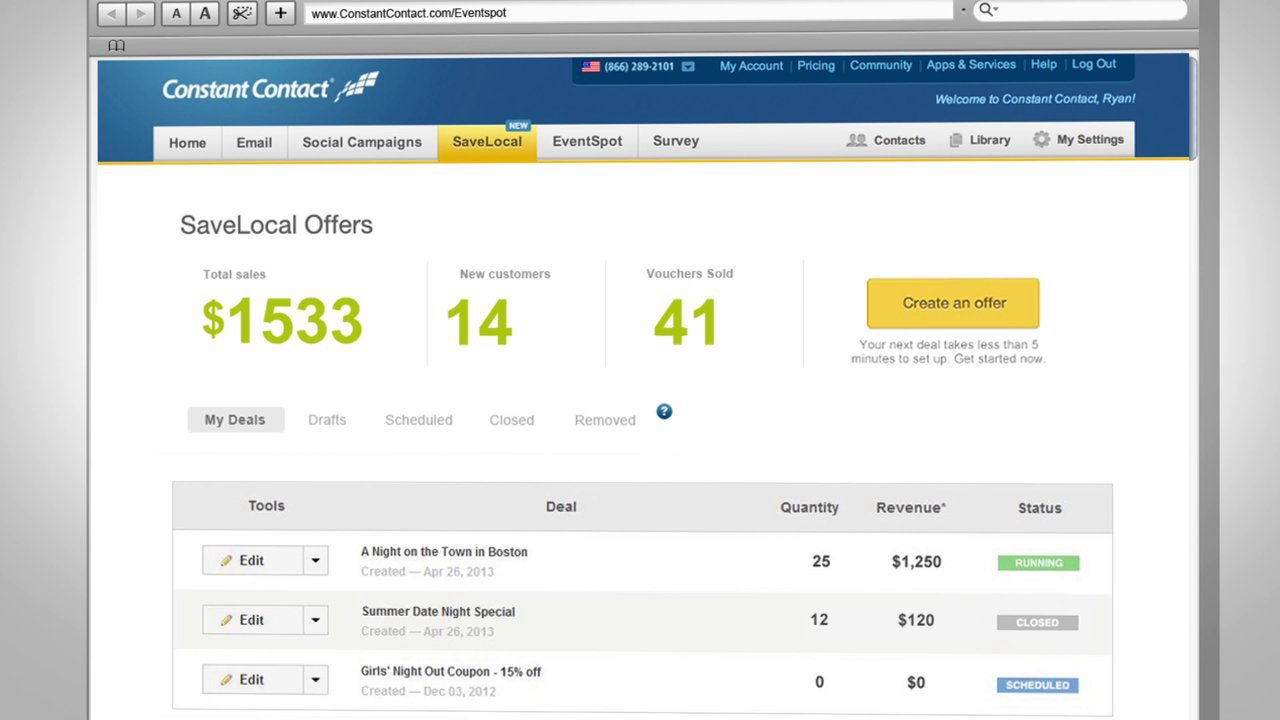 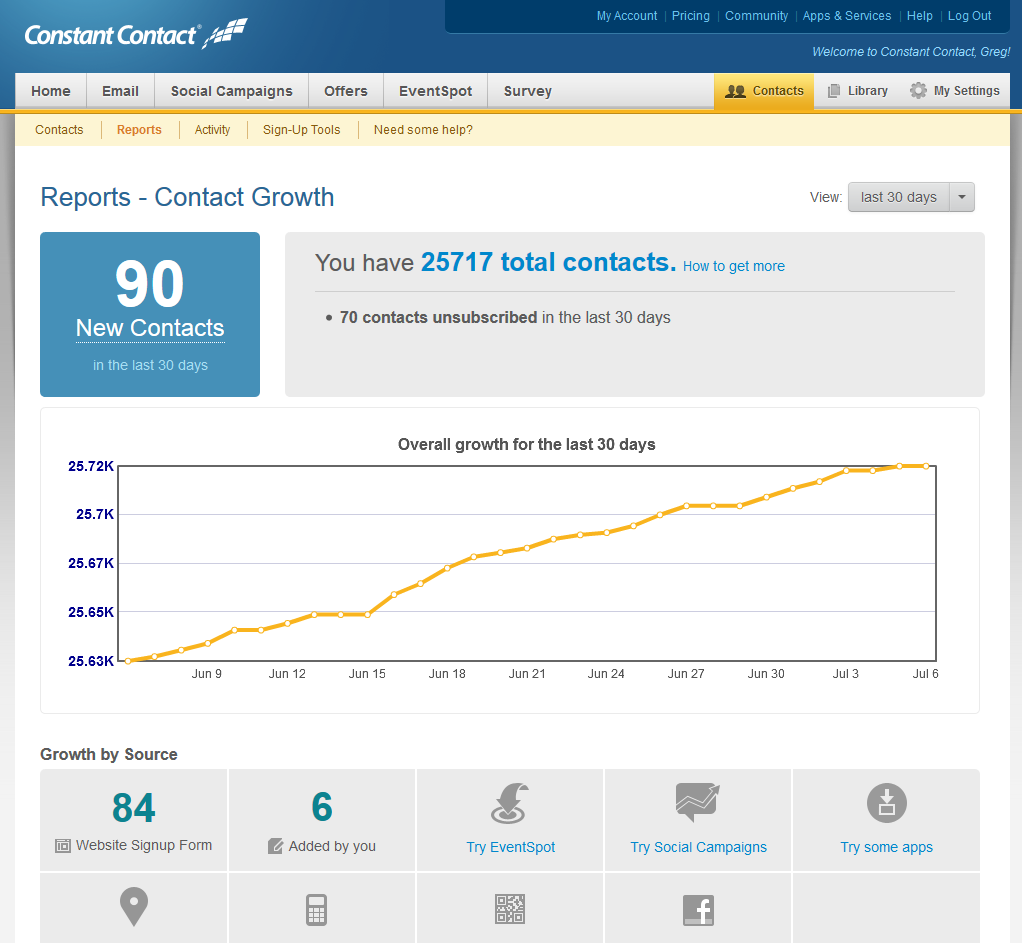 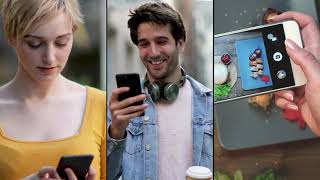 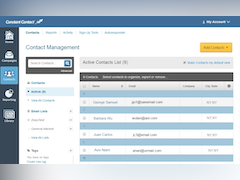 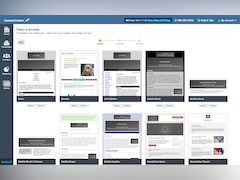 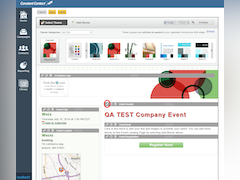 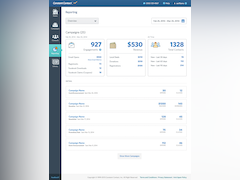 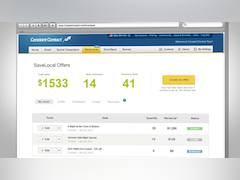 Startpreis:
20,00 $/Monat
Preisinformationen:
Constant Contact prices are monthly, and based on the number of contacts in users email list or database. Users can send as many emails as they want without affecting the monthly fee. Discounts are available for 6 and 12 month prepayment and for nonprofit customers. Email: from $20/month Email Plus: from $45/month
Kostenlose Version:
Nein
Kostenlose Testversion:
Ja

They really nee to improve their customer support. The user interface is also outdated need improvements.

Awesome product for a membership organization

Great For Emails, But Other Features Are Getting Worse

I have used this for 5+ years and have always been happy with the email marketing side of it, but the product has gotten worse over the past five years. I feel they are more focused on selling "templates" than supporting the product we pay for. The survey function is basically unusable at this point, and I now have to use Survey Monkey for surveys when I used to only use CC.

Emails through constant contact look great, it's easy to use and customize and building email lists is very simple.

The survey feature was huge for us for the past few years, but they recently re-did this into "survey pages" which is terrible, very limited, and the exported data is always wonky. Support has been no help. This will cause me to look at other email platforms upon my renewal to look for a better "one-size-fits-all" solution.

In general, I prefer Constant Contact over MailChimp, but it could be because I'm used to it (been using it for 10+ years) and because it's cheaper for the amount of contacts we have. I also like that I can do surveys through it. MailChimp also didn't seem any more user-friendly than Constant Contact when I tried to work with it a few times.

The email templates and survey features are really helpful. We can also connect their email lists into our website pretty easily. It's nice to have one paid service that sends out emails AND sends out surveys. MailChimp doesn't offer both features in one, so it's why I stick with Constant Contact. It's also cheaper than MailChimp for the amount of contacts we have. It's expensive, but it's the best one we've found.

It's not very user-friendly to make the edits I'd like in the actual emails I'm making. There aren't very many templates useful to us, so oftentimes, I end up making my own template and then saving it. The photos don't always load easily when I pull up our photo album, but it does eventually work when I mess with it a bit. My colleagues oftentimes have difficulty with using it as they're not as used to it as I am, so I wouldn't say it's user-friendly off the bat. It takes a learning curve for sure.

It would have been us making a switch from Constant Contact to MailChimp as Constant Contact was what we already had. I didn't feel like MailChimp was worth switching everything over, so I have just stayed with Constant Contact.
Georgeann H.
Preis-Leistungs-Verhältnis
5
Funktionen
5
Bedienkomfort
5
Kundenbetreuung
5
5
Bewertet am 15.12.2021

I really like it. I signed up and didn't really know how to start, but the program walks you through set up and everything. I had no trouble creating a campaign eventhough i didn't know what I was doing.

I like that the interface is clean, easy to understand and the end product looks great.

There isn't anything so far, that I don't like.