Epos Now is a retail management system for small to mid-sized businesses. In addition to its Point of Sale module, the solution also offers integrated Inventory Management, Customer Management, and Retail Accounting, including general ledger, purchase orders, and payroll processing. Epos now is cloud-based, and compatible on Windows, Mac, Android, and iPad. Hardware can be purchased directly through Epos Now, or through a third party vendor of choice. Epos Now is used by retailers in a variety of industries, including apparel, furniture and home décor, grocery, sporting goods shops, and many more. The POS module includes electronic scale integration, barcode and credit card scanners, a staff time clock, age verification, and the ability to discount items or void transactions. The inventory application helps keep track of purchase orders, inventory reports, the supplier database, and more. Epos Now will also migrate all customer data, products, and stock data to the new system as part of the implementation process. 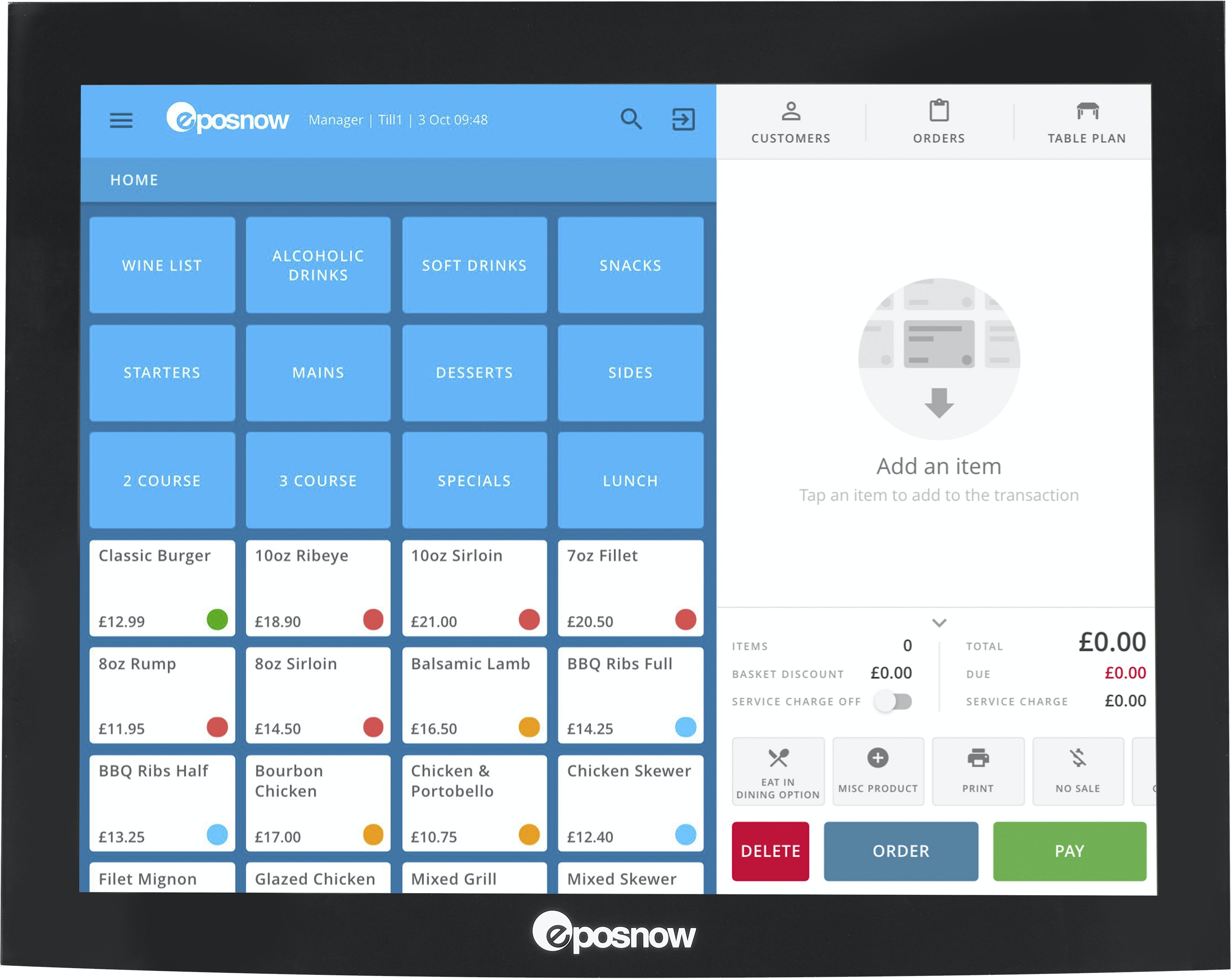 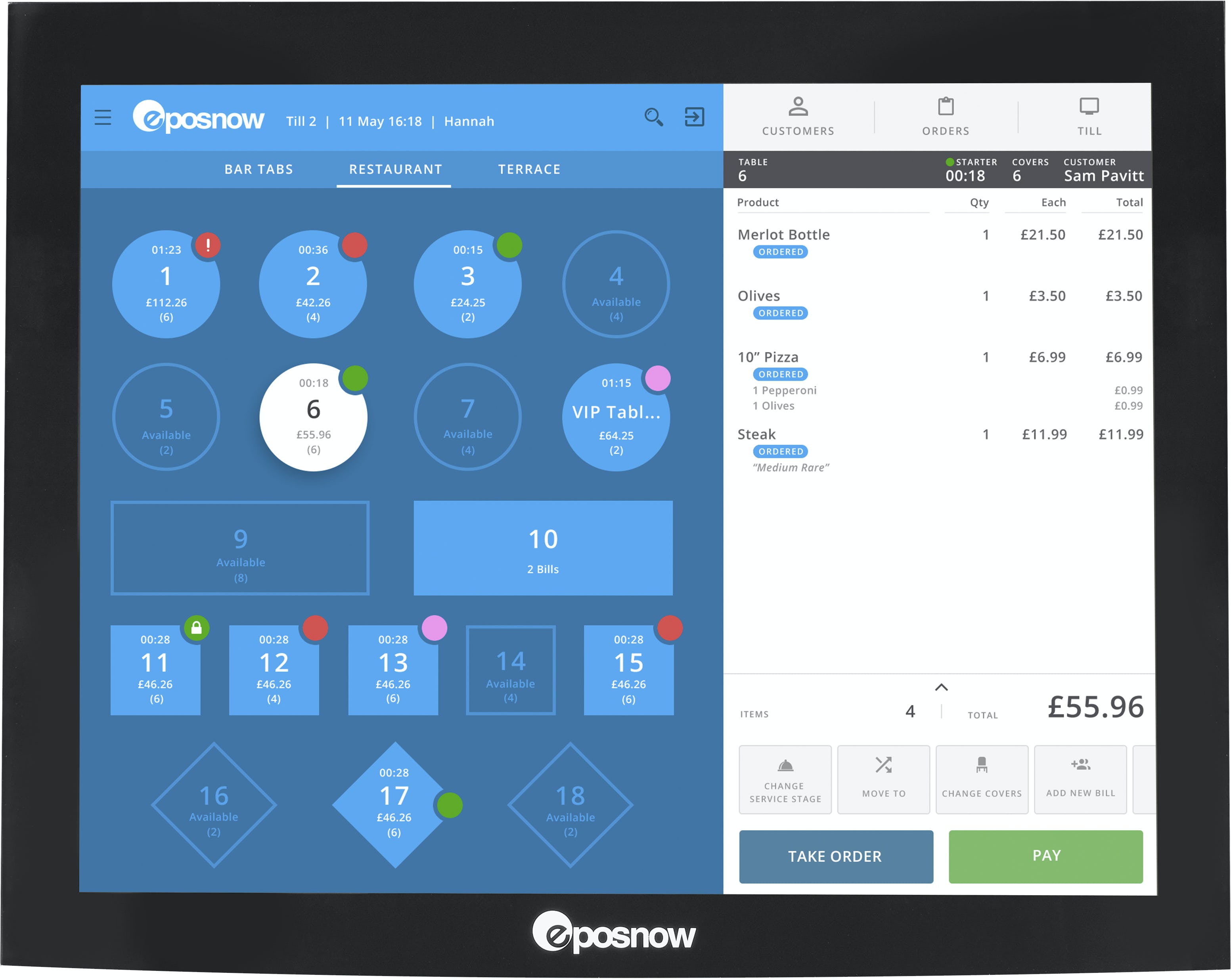 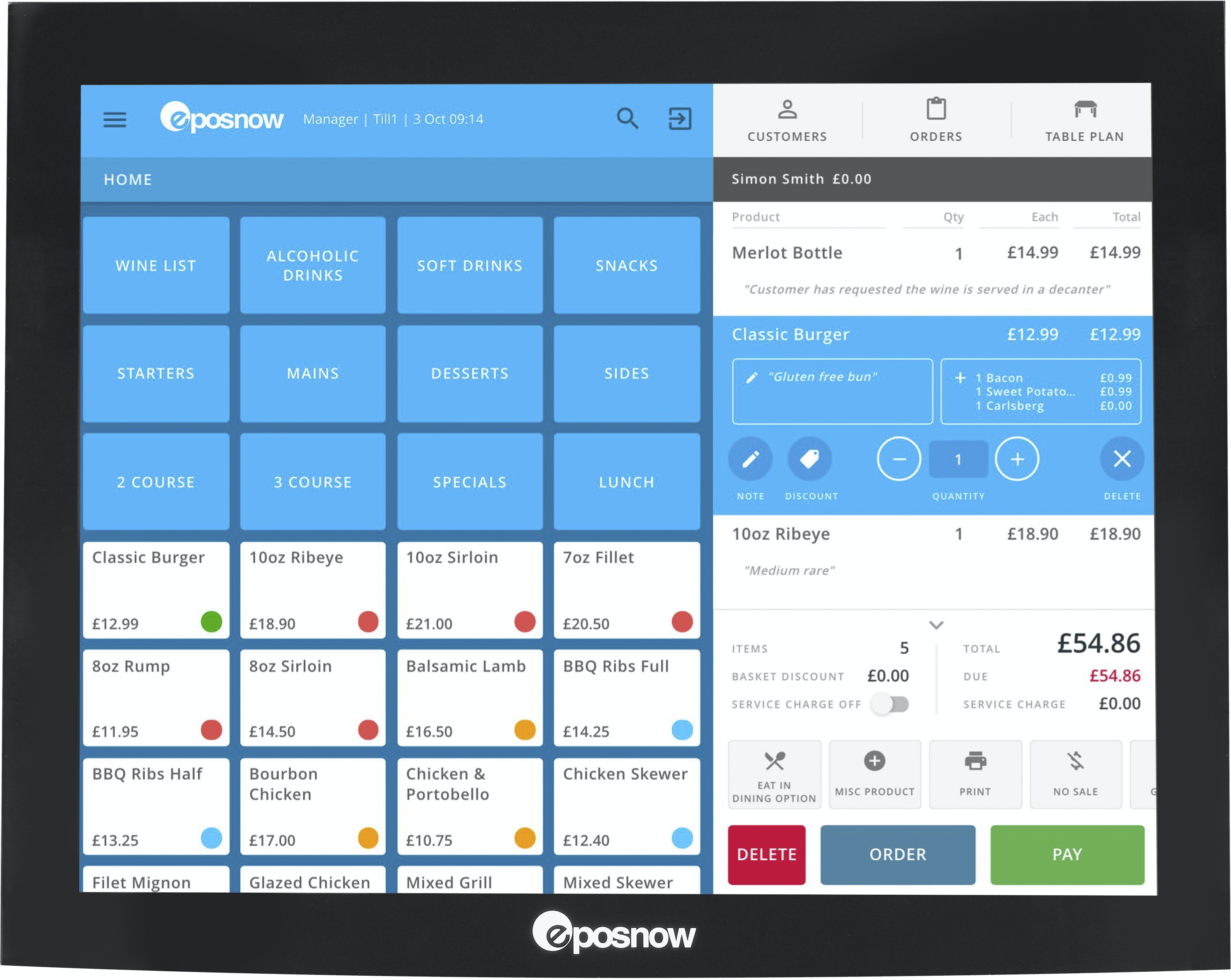 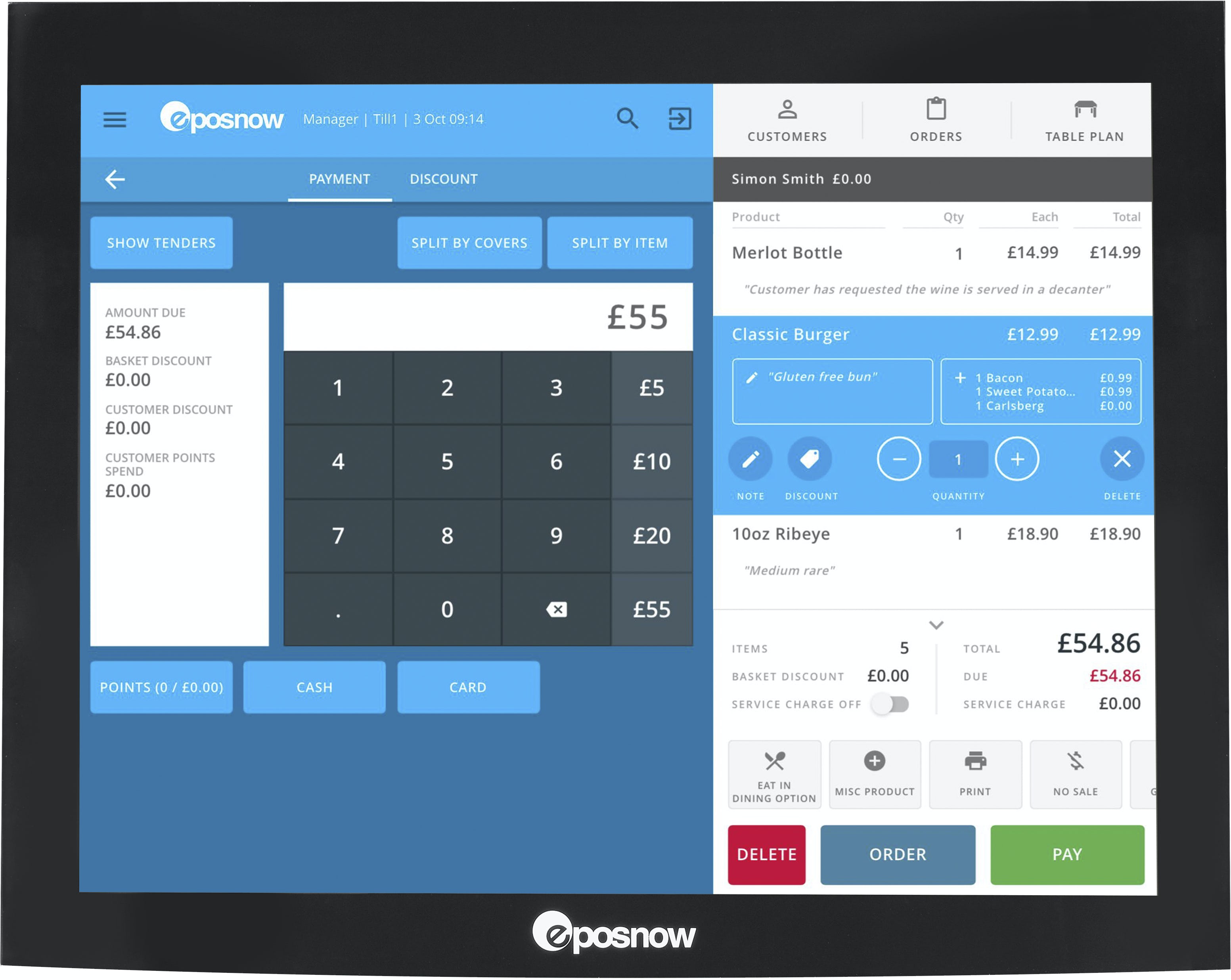 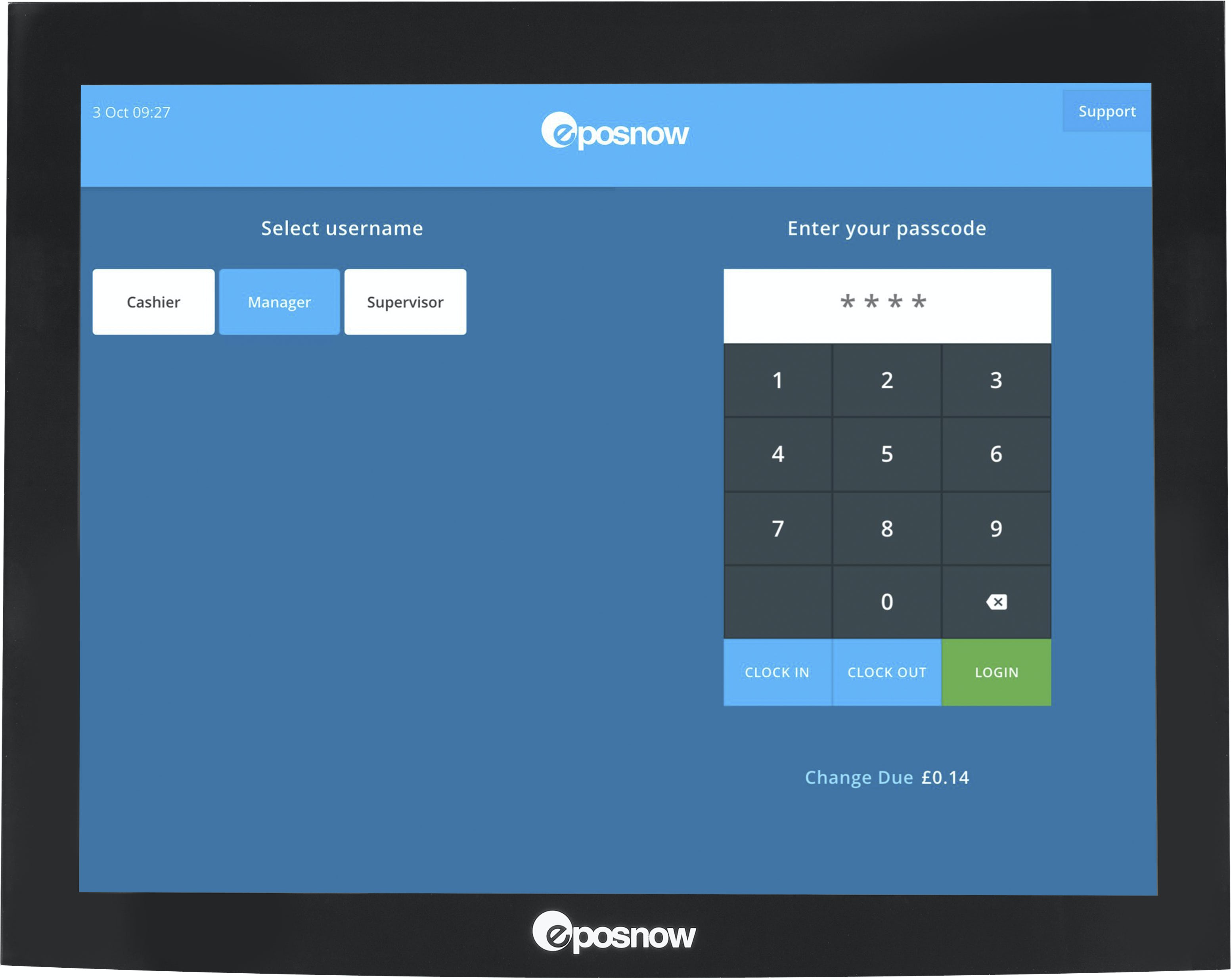 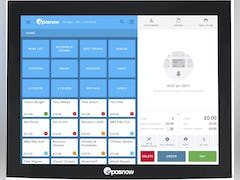 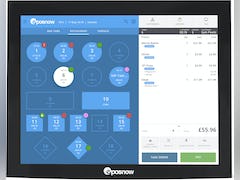 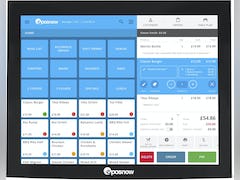 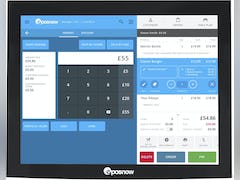 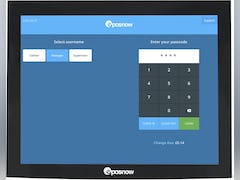 3 (5 Bewertungen)
Bepoz is an on premise or cloud-based point-of-sale (POS) solution designed for food-service and retail and businesses...
Vergleiche App Mehr Erfahren

0 (1 Bewertungen)
H&amp;L is a point of sale (POS) solution that helps businesses in the hospitality and food and beverage industry...
Vergleiche App Mehr Erfahren

4,5 (3 Bewertungen)
PDQ POS is a point of sale solution designed for businesses in the hospitality sector including take out restaurants,...
Vergleiche App Mehr Erfahren

4,5 (162 Bewertungen)
WooPOS is a Windows-based and Hybrid solution that helps small to midsize businesses in the retail industry manage...
Vergleiche App Mehr Erfahren

- pricing seems fine initially but the sales team constantly keep pushing for paid support plan - this might be expensive
- As this is a massive provider, you might sometimes wait a long time for your new features to be implemented

Thank you for taking the time to leave us such a lovely review. I am so glad to hear that you have found our software to be so useful and that you have had the chance to speak to our excellent support team.

We are consistently improving our software based on customer feedback so do keep an eye out for our regular software releases.

Great customer support, very easy to use brilliant for accountancy and amazing software

To be honest is pretty much nothing I consult with this software it is absolutely amazing I love the statistics on it the graphs all the financial information that you can gain and the simplicity of it all the amount of information you can extract about your business is Colossal.

Only downfall was the free tanning app. Not in-depth enough to move with the speed of our company growth. Tanning App was extremely basic. I approached them on many occasions to try and develop it further but it was not possible. There was no tanning applications that were able to integrate with it either. So I had to look for alternative software. Such a shame I really didn’t want to move from Epos now.

The financial side of it all the information it can gather Remote access having full control of your business on the move
Jerica T.
Preis-Leistungs-Verhältnis
4
Funktionen
3
Bedienkomfort
3
Kundenbetreuung
3
3
Bewertet am 24.2.2017

Difficult implementation, but lots of potential

We are starting feed/retail/animal health products store, and wanted a cloud-based system with more flexibility than the dinosaur server-based systems typically used in our industry. We asked a TON of questions, demoed multiple systems, and decided Epos Now was the best fit; we've had the system for 4 months. Implementation was rough, to say the least. We were told customer service was based out of North Carolina; however, most of the reps we've talked to are very British. Nothing against Britts, but lingo is different, business is different, time zones are different- all making for minor challenges that we were not anticipating. Our implementation manager hung up on us mid-call when she had to go catch her train. We were instructed to enter products one way, then told we had to delete everything we'd entered (DAYS of work) and do it all over again. It cannot accept payments over $, which matters if you sell a large amount of product or invoice monthly. It is weight integrated, and when I was doing my initial inquisitions, made it clear that we would sell feed/seed in ounces, pounds, and tons with decimal values; the system only can measure in kilograms, which is not practical for most US applications. Manager overrides require the sales associate to log-out and the manager to log-in; an override code would be so much more efficient. However, when you actually have a client in front of you for a simple transaction, the transactions are smooth and easy. The sales interface is very user-friendly. It works great in the remote setting for pop-up shops. It was not expensive. The apps are interesting- it's nice that it makes the basic system very affordable and there are many apps available, but it is overwhelming to know which apps I need and how to use them. It could also potentially get expensive if you added many apps. As a young company, they are motivated and do continually work to improve the product and add frequent updates; however, we were told some features were a part of the system, but after purchasing the system were told that they would be available in the 'next update'. After about 2 months, we had a serious discussion about ditching this system and switching to another. We ultimately decided to stay with this system, accepting that all systems had limitations, and crossing our fingers that the worst was over. It does appear that the worst is over; however, we've only been going at this for 4 months, so ultimately time will tell.

Not a bad system however catered more to UK market

I am pretty happy with the system as a whole, it is providing what I needed for the most part

Ease of use, support at the beginning was limited but got better (this could have been due to COVID)

The inventory management entering new products and receiving inventory could use a definite overhaul.
I signed up for 2 main reasons and that was an integrated payment system (which did not happen) and connected to my website for inventory purposes (which hasn't happened yet)

A great tool for any business

This software has made my book keeping a thousand times easier.

I like that it is user friendly and the back office functions make my paperwork so much easier to navigate.

Slow to load and could have better options for integrating rewards and gift certificates.

The price was right and the reps were very helpful and informative.
Alle Bewertungen anzeigen